WHAT IS AND WHY DEBT?

When a company resorts to debt financing, it means it gets the cash it needs from other businesses or sources, incurring a debt to the original lender for either short-term needs or long-term capital expenditures.

Debt financing is when the company gets a loan, and promises to repay it over a set period of time, with a set amount of interest. The loan can come from a lender, like a bank, or from selling bonds to the public. Debt financing may at times be more economical, or easier, than taking a bank loan.

Whether a loan or a bond, the lender holds the right to the money being loaned, and may demand it be paid in full with interest under the conditions specified by the borrowing agreement.

Company owners reap more benefits from debt financing than they do from issuing stock to investors. Issuing stock results in a dilution of the owner’s ownership interest in a company.

Also, the lender is entitled to only repayment of the agreed-upon principal of a loan, plus interest, and can have no direct claim on future profits of the business — the way an investor would.

Except on occasions where variable-rate loans are used, the principal and interest are known amounts and can be budgeted. Interest on the debt can be deducted on the company’s tax return — reducing the actual cost of the loan.

Lastly, by borrowing money from lenders rather than issuing ownership shares (stocks), the company isn’t required to comply with state and federal securities laws or rules, and doesn’t have to send mailings to large numbers of shareholders, hold meetings with them, or seek a vote before taking certain actions.

Long-term debt financing involves multi-year repayment terms, while a short-term loan gives a company quick access to capital — sometimes even in as little as 24 hours.

Regardless of its purpose, the amount an owner plans to borrow is likely the most important factor. After that, another factor is the term length of the loan. The decision between a short-term and long-term loan will affect everything from the amount of interest paid over time to how much a lender will actually risk

All loans involve risk. The amount of risk is often what influences the rate of interest, as well as the term of the loan.

Long-term loans can involve multi-year repayment terms that can even last decades.

For this reason, while short-term loans may have higher interest rates, companies with long-term financing tend to pay more in interest because they are borrowing for a longer period of time.

Also, many lenders, like larger banks, have stricter lending standards for longer-term loans.

The debt-to-equity ratio is a means of gauging a company’s financing character. To calculate it, investors or lenders divide the company’s total liabilities by its existing shareholder equity. Both figures can be found in a company’s balance sheet as part of its financial statement.

The D/E ratio shows clearly how much a company is financing its operations through debt compared with its own funds. It also, like with a bank’s capital-to-asset ratio, indicates the ability of the company’s own resources to cover all outstanding debts in the event of a business downturn.

Lenders prefer to see a low D/E ratio, which indicates more of the company’s resources are based on investments than debt — indicating the degree to which investors have confidence in the company.

If the D/E ratio is high, it indicates the company has borrowed heavily on a small base of investment. A company with a high D/E ratio is often described as a company that is “highly leveraged,” meaning lenders are taking a greater risk than investors. That’s because the company has been aggressive in financing its growth with debt.

PROS AND CONS OF DEBT FINANCING

So, let’s have a look at the pros and cons of debt financing.

For one thing, you get to maintain ownership in your business. A bank or other lender will charge you interest on what you borrow, and set the terms for you to pay them back, but a lender isn’t entitled to get involved with how you run your business like a major shareholder.

Also, the principal and interest payments on debt financing may be considered as business expenses by taxing authorities.

Because tax deductions affect your company’s overall tax rate, it can actually be to your advantage to take on debt.

Making payments to a lender can be no big deal when you have ample revenue flowing. But what if your revenue is reduced by lower sales, or an industry downturn, or, worst-case scenario, your business fails?

Unlike investors, who, having ownership in your business, share in the risk of owning a business, lenders have only one interest: getting paid. You will still owe your lenders. In fact, if your business is forced into bankruptcy because it can’t meet its obligations, lenders have claim to repayment before any equity investors.

Also, sharing the profits with investors will vary with how well your business – in which they share ownership – does. But you may still be paying a high interest rate each month for your debt financing, which cuts into your profits.

Lastly, if you’re borrowing a large sum, you credit rating could be affected, and a cut in your company’s credit rating can result in higher interest rates on loans because of the increased risk to lenders. And if your business isn’t generating the revenue with which you expected to pay off your monthly loan installments, too bad. Lenders typically expect payment in equal monthly installments. Late payments due to any reason, or, worse, default, can harm your credit.

Our service: We will help you to get the right debt for your company at the best possible condition. 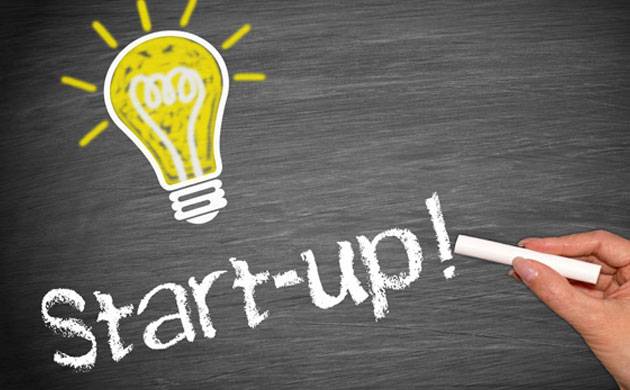 "A start up is a human institution designed to create a new product or service under conditions of extreme uncertainty".
Eric Ries " The Lean Startup"

We love to help brave Entrepreneurs who are not scared to start the exciting and challenging journey to turn their idea into an unbelievable success. If you are one of them, get in touch with us.
pitch us your idea: startup@hsmi.london 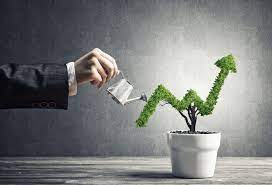 We only see the success after it’s been reached. Like a tree that reaches the clouds, the roots that hold it up are invisible. They’re beneath the ground, having spent years digging through the hard ground to stabilize and feed the tree’s growth. It is also so with business. We would be delighted to advise and help your business to grow with solid roots and achieve long and sustainable prosperity.
Get in touch with us: info@hsmi.london

"A start up is a human institution designed to create a new product or service under conditions of extreme uncertainty".